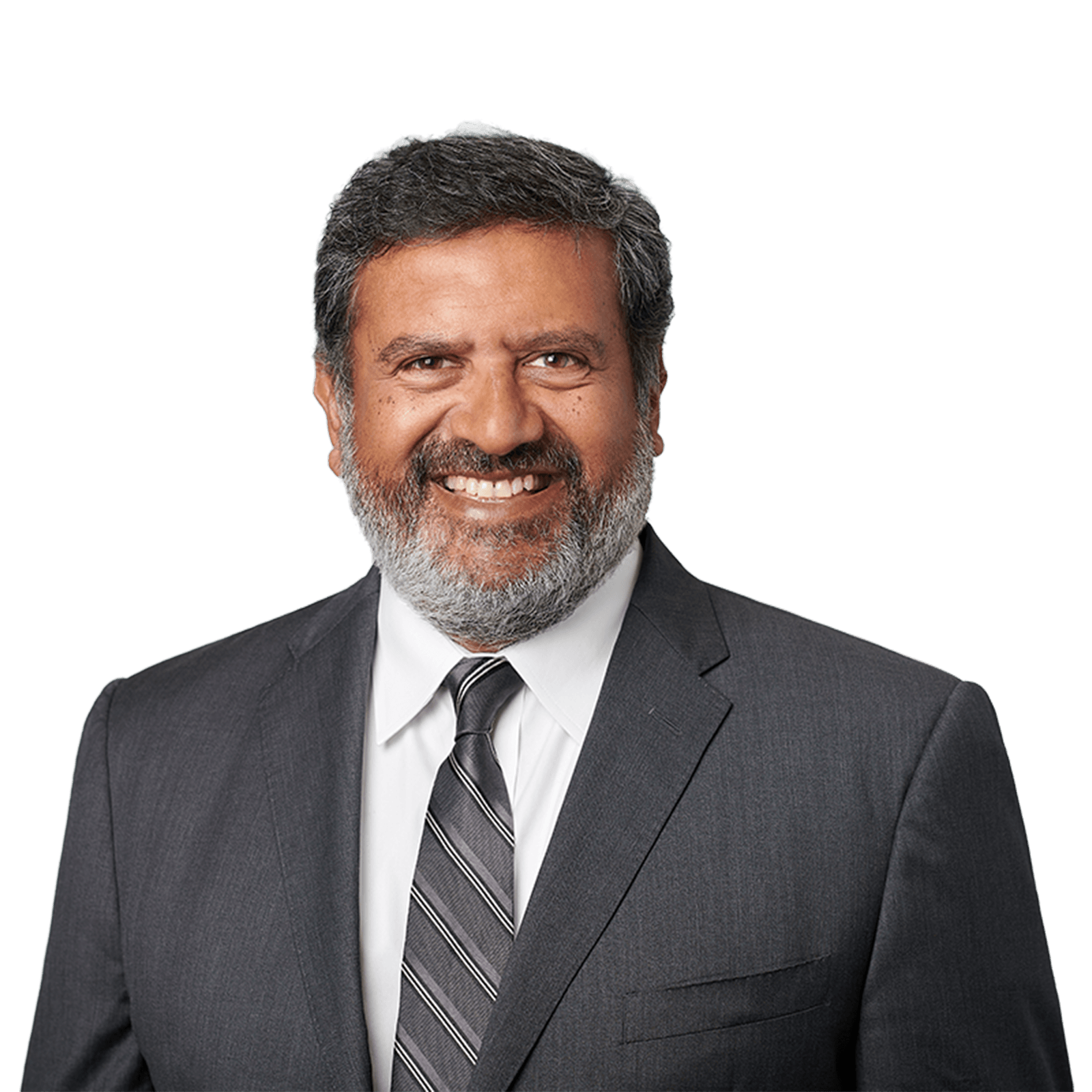 Newcrest has been free of fatalities for seven years now. It is an outcome that is only possible because of the tireless and enduring efforts of everyone across our global workforce. Ensuring people get home from work and to their families requires a relentless, persistent focus on both safety and wellbeing. It is work that does not end and where there is no place for complacency. That is why we remain steadfastly committed to continuing to enhance safety across our company.

Across FY22, we saw 4.01 recordable injuries per million hours worked throughout the year, largely driven by minor hand injuries and other low severity incidents. In response, education and intervention programs are being implemented across the company to maintain a strong focus on workplace safety alongside our NewSafe program.

Considerable inroads have been made this past year into building a high performing, inclusive and psychologically safe workplace, alongside our resolute determination to prevent any form of sexual assault or sexual harassment in the workplace. Disturbing and shocking stories have emerged regarding sexual assault and harassment in the mining industry. For us, there is only one acceptable number of such incidents – and that is zero. We have mobilised a team to strengthen our systems and frameworks across all operations so we are well-positioned to support our people and ensure everyone knows there is no place for disrespectful or harmful behaviour at Newcrest.

Ultimately, we know that having a safe, diverse and inclusive workplace where every person can thrive and excel will help attract new talent and retain the highly skilled workforce we have today. Beyond this, it positions us to innovate from the ground up, be outstanding operators, and grow and sustain our business.

Delivering value-accretive growth positions our company well for future success. Earlier this year, we saw Newcrest complete the acquisition of the Brucejack mine in British Columbia. The result is that we have now gained exposure to our sixth Tier 1 orebody across the world. As one of the highest‑grade operating gold mines globally, it is an exciting addition to an already unrivalled portfolio, rich with large-scale, long-life and low‑cost assets.

As well as adding to the Group’s production profile, Brucejack has also contributed financially for shareholders. In just four months of ownership, it has provided $109 million in EBITDA and $88 million of free cash flow. Our three-phase transformation program of the asset has already made solid progress and is expected to optimise operations, realise full uplift potential, and deliver Mineral Resource and Ore Reserve growth to unlock further long-term value.

The financial year saw Newcrest produce solid operational and financial performance, with production of both gold and copper steadily increasing over the last four quarters. In total, 1.96 million ounces of gold was produced at an All-In Sustaining Cost (AISC) of $1,043 an ounce. Our disciplined financial management has seen four consecutive quarters of lower group costs, resulting in a statutory and underlying profit of $872 million.

These outcomes were achieved while we confronted the ongoing impacts of COVID-19, border closures, floods, worldwide supply chain and inflationary cost pressures, and major maintenance activities. We did not experience any material pandemic-related disruptions to production in FY22. This would not have been possible without the unwavering commitment of all our people.

Cadia achieved its lowest-ever annual AISC of negative $124 per ounce, with gold production of 561koz. This was achieved even while the mine’s Semi-Autogenous (SAG) Mill Motor was replaced – the first time a gearless mill motor and foundation of this size anywhere in the world has been completely removed, replaced and updated. We received approval for Cadia to increase its permitted processing capacity to 35 million tonnes per annum2 and the first shipment of molybdenum concentrate was delivered in June 2022 following the commissioning of our new plant. Our two-stage Cadia plant expansion is also nearing completion.3

At Telfer, 408koz of gold was produced this past year and the West Dome Stage 5 cutback works are well underway following Board approval in August 2021. This project will help ensure operations can continue at the site. Nearby at the Havieron project, key contracts have been awarded for the Feasibility Study, which is expected to be completed during the December 2022 quarter.3 High-grade extensions to the mineralisation at Havieron’s Eastern Breccia, South East Crescent Zone and Northern Breccia have also been identified, with seven drill rigs in operation as part of the site’s extensive drilling program.

At Lihir, 687koz of gold was produced during the year, which also saw the rebricking of one of our autoclaves at the asset. The Phase 14A Pre-Feasibility Study was approved in October 2021, with early works undertaken since then including the completion of ground support, upper drainage and shotcrete works, in addition to the procurement of mobile fleet and specialised civil engineering equipment. The Phase 14A Feasibility Study is expected to be released in the December 2022 quarter.3 The investments into Lihir underpin its significant potential in the years to come.

Efforts continued at Red Chris to transform on-site safety behaviours and visible safety leadership. Newcrest’s 70% share in Red Chris delivered 42koz of gold this year. Its AISC also improved 40% year on year and the eight rigs currently operating at the site continue our significant drilling campaign. At East Ridge, drilling results have confirmed extensions of the higher-grade mineralisation outside our initial Mineral Resource estimate. Our block caving expertise is demonstrated in the Red Chris Block Cave Pre-Feasibility Study, which was released in October 2021. Together with our continuing exploration program, this asset is expected to become a mainstay of Newcrest’s portfolio for decades to come.

For some time now I have said that a strong gold company should have a meaningful exposure to copper, a critical metal of the future that will allow us to participate in the potential opportunities presented by global decarbonisation efforts. We produced some 121 thousand tonnes of copper in the last financial year. Copper is anticipated to play an increasing role in Newcrest’s future, with our plans to materially grow copper production in the years to come. It is possible that a third of our business will one day come from copper, noting that in the 2022 financial year it represented 25% of our total net revenue – up from 22% a year earlier.

The outstanding contributions made by our outgoing and former company leaders warrant acknowledgement. Peter Hay retired as Chairman last November, having led our Board with conviction for eight years during a significant period of transformation that led to improved shareholder outcomes at the company. Likewise, Finance Director and Chief Financial Officer Gerard Bond departed Newcrest, with his drive and energy having played a pivotal role in reshaping and strengthening Newcrest and its financial position during his 10-year tenure. Former Chief People and Sustainability Officer Lisa Ali also made a considerable contribution in her two years with us, from leading efforts relating to our goal of net zero carbon emissions by 20504 to initiating programs to build an inclusive workplace culture. I thank each of them for their contributions and wish them all the best for the future.

We are privileged to have had Sherry Duhe commence at Newcrest as our new Chief Financial Officer, joining us with extensive finance and executive leadership experience. Our new Chief Sustainability Officer, Beth White, has recently commenced and comes with excellent credentials. I look forward to shortly welcoming Megan Collins as our new Chief People and Culture Officer. I am also grateful to those who have acted in executive positions at Newcrest during the last year and contributed to our accomplishments: interim Chief Financial Officer Kim Kerr; Paul Stratford leading our People and Culture team; and Bob Thiele for overseeing our Sustainability function.

Lastly, I would like to thank the thousands of people that make up the truly dedicated and first-class team at Newcrest. Their commitment and fortitude in overcoming the challenges of these past 12 months has been nothing short of outstanding. It has not been an easy road, but they lived up to our values and brought collaboration, innovation and an owner’s mindset to their work. Their efforts give us our edge and they have my most sincere appreciation.

Newcrest has a bright future ahead. Our organic growth pipeline, strong financial fundamentals and prudent approach to costs, and commitment to operating in a safe and sustainable way position us to draw the most out of our collective technical expertise and deliver strong outcomes ahead for shareholders. We remain committed to achieving our vision to be the miner of choice – valued by our people and communities, respected by our partners, customers, suppliers and peers, and celebrated by our owners.