Cadia is currently undergoing a significant expansion project which is expected to help it retain its industry leading position as one of the largest, lowest cost and longest life gold mines in the world.

The Expansion Project is in two stages1:

Execution of the works for both stages of the Project is in progress.

The Molybdenum Plant is in commissioning and is expected to provide an additional revenue stream for Cadia which will be recognised as a by-product credit in the calculation of Cadia’s already low All-In Sustaining Cost per ounce.

In August 2021, the Newcrest Board approved the Cadia PC1-2 Pre-Feasibility Study enabling the commencement of the Feasibility Stage and Early Works Program.

The Pre-Feasibility Study updates and defines a significant portion of Cadia’s future mine plan, with the development of PC1-2 accounting for ~20% of Cadia’s current Ore Reserves. The approved commencement of the Early Works Program will allow critical infrastructure to be established in parallel with the Feasibility Study before the commencement of the Main Works program in the second half of CY22. A$120 million (~US$90 million) of funding has been approved for this Early Works Program which is expected to commence in the December 2021 quarter.

Early Works Program of critical path activities for the establishment of PC1-2 is expected to commence in the December 2021 quarter. The Feasibility Study has now commenced with expected completion in the second half of CY225. 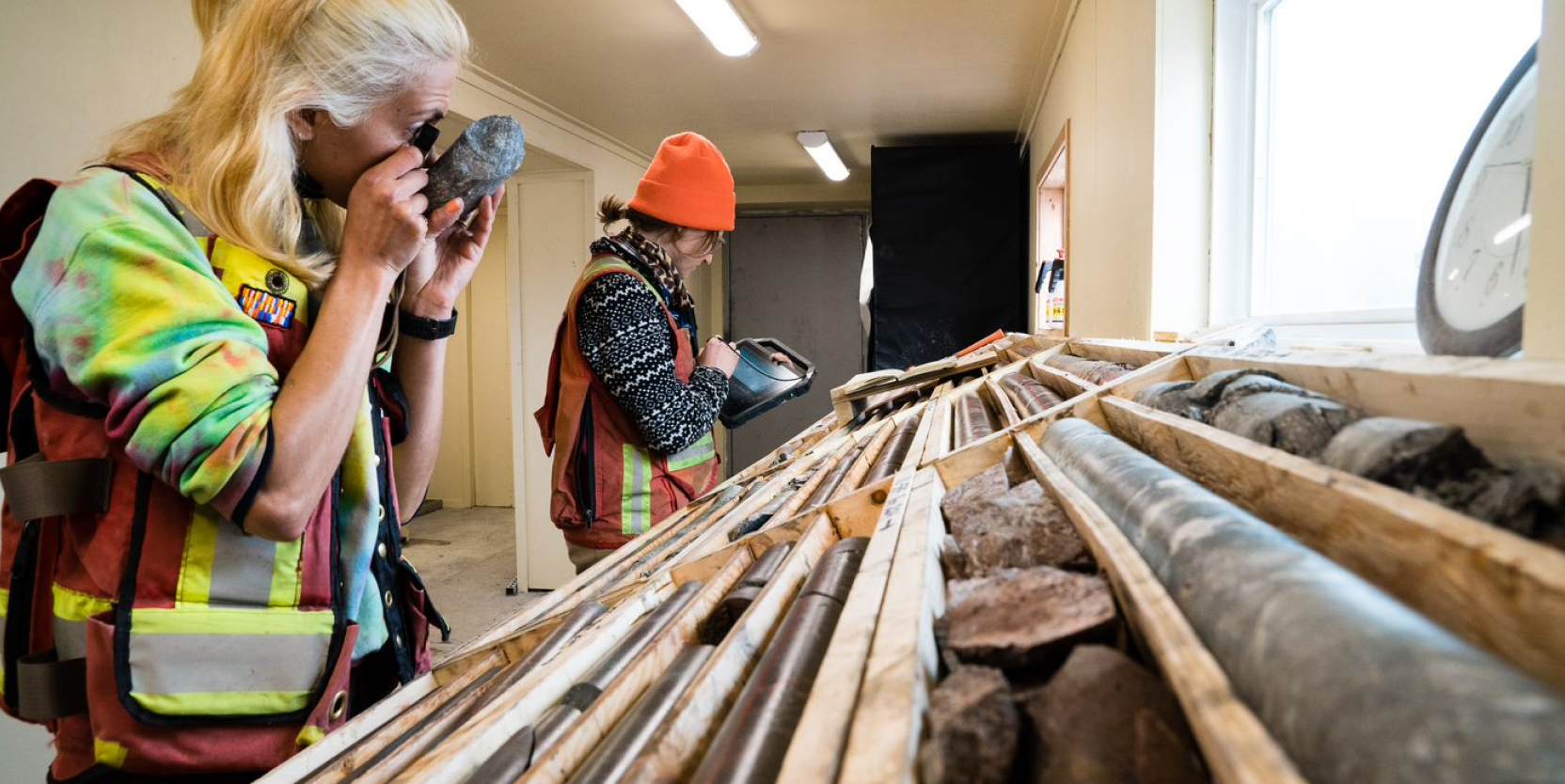 Red Chris is a joint venture between Newcrest (70%) and Imperial Metals Corporation (30%). Newcrest acquired its interest in, and operatorship of, Red Chris on 15 August 2019.

Since acquisition, Newcrest has undergone a significant drilling campaign which was focused on the delivery of Newcrest’s initial Mineral Resource estimate for Red Chris together with a brownfields exploration program which is concentrated on the discovery of additional zones of higher grade mineralisation within the Red Chris porphyry corridor (including targets outside of the Mineral Resource estimate).

In FY20, Newcrest reported the existence of multiple discrete ‘pods’ of higher grade mineralisation in the East Zone. Newcrest is currently evaluating options to ‘early mine’ these pods with the aim of generating cash flows prior to the completion of a block cave at Red Chris.

Newcrest’s initial Mineral Resource estimate is expected to support the development of a high-margin, underground block cave and is a key input into the Red Chris Block Cave Pre‑Feasibility Study3.

To date, Red Chris’ brownfield exploration program has delivered considerable exploration success, including East Ridge which is a new zone of higher grade mineralisation located outside of Newcrest’s initial Mineral Resource estimate. In July 2021, Newcrest reported its highest grade intercept to date from this zone, supporting the potential for resource growth over time. 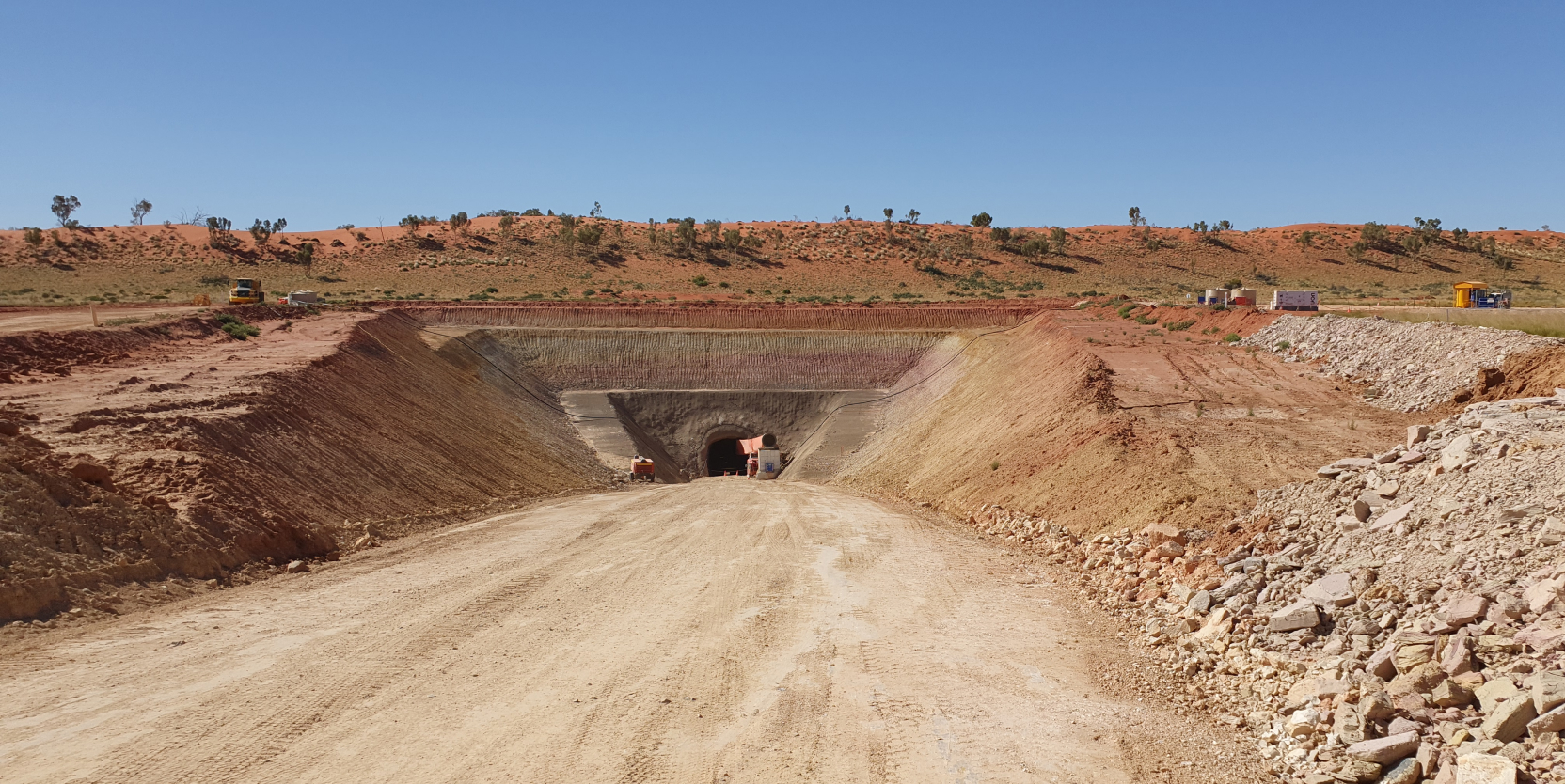 Newcrest can earn up to a 70% joint venture interest through total expenditure of US$65 million and the completion of a series of exploration and development milestones (including the delivery of a Pre-Feasibility Study) in a four-stage farm-in over a six year period that commenced in May 2019. Newcrest is also entitled to acquire an additional 5% interest at the end of the farm‑in period at fair market value.

The joint venture agreement also includes tolling principles reflecting the intention of the parties that, subject to a successful exploration program, Feasibility Study and a positive decision to mine, the resulting joint venture mineralised material will be processed at Telfer.

Newcrest commenced its exploration drilling program in June 2019 and has progressively increased its drilling activities such that eight drill rigs are currently operational. Results from Newcrest’s infill drilling program continue to support the geological and grade continuity for its ongoing studies and continue to confirm Newcrest’s previously reported drilling results.

Exploration activities are also focused on an extensive growth drilling program across several key targets. In June 2021, Newcrest announced a number of new high grade extensions to the South East Crescent zone, located outside of the initial Inferred Mineral Resource estimate. These drilling results continue to support the potential for incremental resource extensions.

In December 2020, Newcrest announced its initial Inferred Mineral Resource estimate for Havieron of 52Mt @ 2.0g/t Au and 0.31 Cu for 3.4Moz Au and 160kt Cu1,2. Mineralisation remains open in multiple directions outside of the initial Inferred Mineral Resource, which indicates the possibility that the resource could continue to grow over time with additional planned drilling activity.

In the second half of the FY21 financial year, Newcrest announced that it had commenced its Early Works Program. Subsequent to the completion of the box cut and portal, Newcrest commenced construction of the exploration decline in May 2021 which is critical to achieving first production from the Project in the next two to three years3.

Works to progress the necessary approvals and permits that are required to commence the development of an operating underground mine and associated infrastructure at the Project are ongoing4.

In February 2021, Newcrest announced the findings of its Lihir Mine Optimisation Study which included an optimised mine plan, the deferral of the construction of the Seepage Barrier (and its associated capital cost) by a further ~18 months, and the identification of an opportunity to unlock additional high grade mineralisation from Phase 14A. The Phase 14A opportunity represents further upside from Lihir’s new optimised mine plan which, subject to the completion of a Pre-Feasibility Study (PFS), has the potential to bring forward Newcrest’s aspiration for Lihir to be a 1 million ounce plus producer.

The Phase 14A PFS is focused on extending the Phase 14 cutback and safely steepening the walls of the pit by utilising civil engineering techniques to access existing Indicated Mineral Resources, which would have otherwise been inaccessible through standard mining techniques. 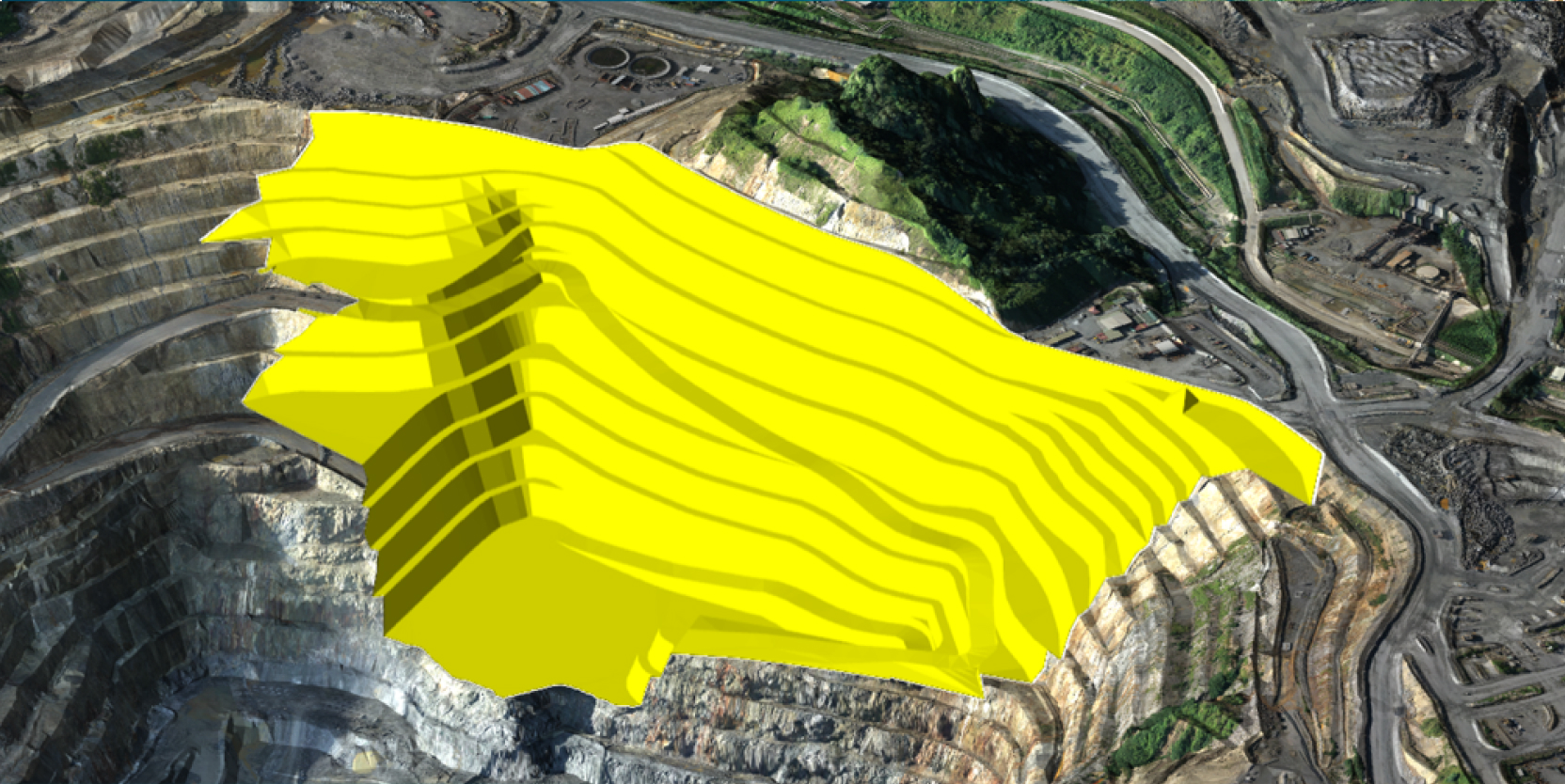 Additionally, the cutback would provide a separate mining front, providing further flexibility for fresh competent ore feed. The cutback is fully permitted and is within the existing mine lease.

Site field investigation is underway, including geotechnical drilling and preparation for contractor mobilisation for trial works. Field trials of the wall support technology are planned for FY22 with long lead materials ordered and the mobilisation of specialist contractors in progress.

Newcrest is currently assessing whether applying steep wall engineering techniques to its other cutbacks at Lihir could enable access to additional high grade mill feed and potentially further defer construction of the Seepage Barrier, which is currently subject to a Feasibility Study.