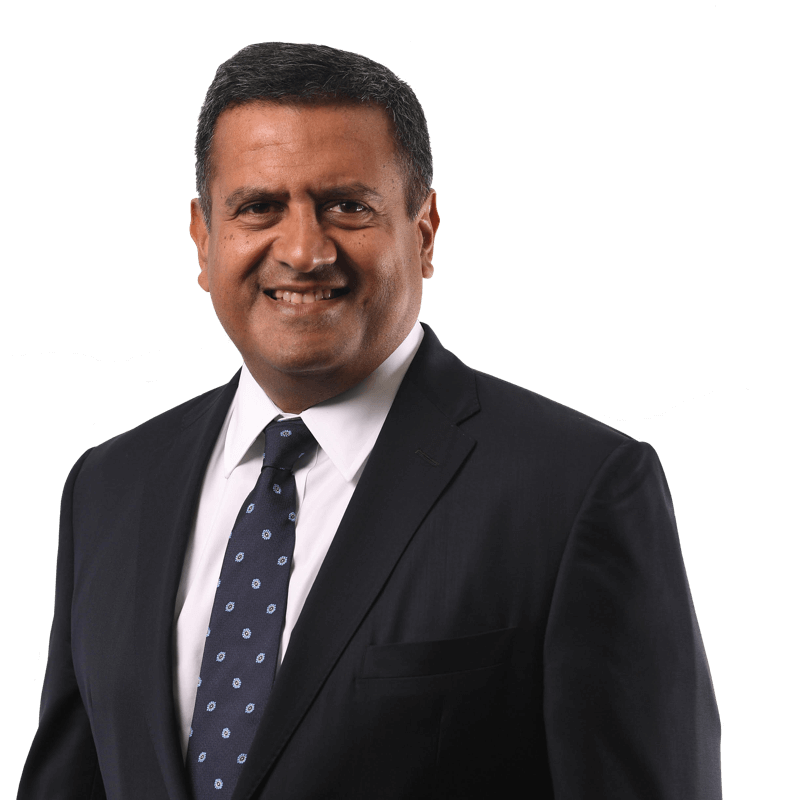 Thank you for your continued support and investment in Newcrest through what has been another year of strong operational and financial performance.

In April 2021, Newcrest celebrated its 30 year anniversary which was a significant milestone for the Company. Over our 30 year history we have established a strong track record of discovering and commercialising major deposits all over the world, including our world-class Cadia asset. Today, Cadia is one of the world’s largest and lowest cost gold and copper producers, with an expected multi‑decade future.

Earlier this year we announced our Forging an even stronger Newcrest plan which outlined our aspirations across five key pillars of Safety and Sustainability, People, Operating Performance, Technology and Innovation and Profitable Growth that we hope to achieve by the end of calendar year 2025.

At Newcrest, safety and sustainability is core to how we run our business. Our unwavering focus is ensuring that everyone goes home safe and healthy each day and we strive to ensure that our local communities trust us because of our environmental and social performance.

Newcrest’s overarching objective remains the safety and health of our people. We have made excellent progress across our safety objectives during the year and are now nearly six years free of fatalities. We have also achieved industry-leading low injury rates of 2.3 injuries per million hours, which is a 12% improvement compared to the prior year1.

It has now been more than 18 months since the start of the COVID-19 pandemic and we are still witnessing its devastating impacts across the world. Our operations were able to continue producing without any material impacts to production, which is largely due to the commitment and personal sacrifice of our people. I extend my personal gratitude to those who have endured extended periods away from their families to ensure that our business was able to continue without material disruption.

My proudest achievement for the year has been our safety transformation at Red Chris. When we acquired our 70% interest in August 2019, Red Chris’ injury rates and their severity were significantly higher than our other operations. We immediately implemented our NewSafe program which, together with our investments to improve working conditions, has helped to transform on-site safety behaviours and safety performance. Our significant investment in safety has translated to a 48% reduction in injury rates at Red Chris when compared to this time last year.

In FY21, we continued our memberships with the International Council on Mining and Metals (ICMM), the World Gold Council (WGC) and the Minerals Council of Australia (MCA) and have now incorporated the ICMM’s 10 Principles for Sustainable Development and the WGC’s Responsible Gold Mining Principles into our Sustainability Framework. We also made great progress implementing our flagship sustainability-related policies of Climate Change, Water Stewardship, Biodiversity and Communities throughout our business.

A key part of Forging an even stronger Newcrest is our commitment to developing our people. We recognise that building capabilities and creating career opportunities across our business is not only important for our people but is critical to our success now and into the future.

Over the past year we have focused on building an inclusive and psychologically‑safe work environment where our people feel heard, empowered and able to speak up. We believe that this is the foundation for increasing collaboration and innovation in the workplace and is also key to attracting the best talent in the mining sector, regardless of their background or experience.

We delivered another strong operational and financial performance for FY21, producing 2.1 million ounces of gold at an All-In Sustaining Cost (AISC) of $911 per ounce. Our strong operating performance, combined with the benefit of higher gold and copper prices, underpinned a record free cash flow of $1.1 billion and a record statutory and underlying profit of $1.2 billion, 80% and 55% higher than the prior year respectively.

of gold for the financial year

Our Tier 1 Cadia asset had another outstanding year, delivering record mine and mill performance which resulted in record copper production and its lowest reported AISC of negative $109 per ounce. Cadia also exceeded the top end of its production guidance range, delivering gold production of 765koz and generating a record free cash flow of $1.2 billion.

For the financial year, Lihir produced 737koz of gold and generated free cash flow of $321 million. In February 2021 we released the findings of our Lihir Mine Optimisation Study which included an optimised mine plan, the deferral of the construction of the Seepage Barrier (and its associated capital cost) by a further ~18 months, and the identification of an opportunity to unlock additional high grade mineralisation from Phase 14A. The Phase 14A opportunity represents further upside from Lihir’s new optimised mine plan which, subject to the completion of a Pre-Feasibility Study, has the potential to bring forward our aspiration for Lihir to be a 1 million ounce plus producer.

Telfer delivered a solid performance for the financial year, producing 416koz of gold and generating free cash flow of $82 million. In August 2021, we announced that we will proceed with the West Dome Stage 5 cutback, which underpins the continuity of operations at Telfer for at least the next two years2. With the excellent progress we are making at the nearby Havieron project, our objective is to continue utilising the Telfer plant without interruption as we look to introduce Havieron and other new potential feed sources in the future.

Our 70% share of Red Chris equated to gold production of 46koz and an AISC of $2,248 per ounce. Red Chris’ elevated AISC outcome reflects the significant investments we have made to improve the operation and its safety culture.

We expect that the contribution of copper will continue to increase, with the relative proportion of copper to Cadia’s revenue expected to increase over the coming years in line with the estimated grade profile of gold and copper. We also have significant copper potential at Red Chris, Havieron, Wafi-Golpu and Namosi.

I have always seen copper as an excellent complement to our gold portfolio as it provides us with good earnings diversification and makes us more resilient and profitable in the longer term. Both gold and copper are metals of the future, with copper in particular being key to a low carbon world.

It is a very exciting time at Newcrest as we progress our multitude of organic growth options. At Cadia, the Molybdenum Plant is in commissioning and the Expansion Project and PC1-2 Early Works program are underway. We continue to progress the construction of exploration declines at the Havieron and Red Chris Projects following the completion of box cuts in the second half of this calendar year.

At the Wafi-Golpu Project, the Environment Permit was granted in December 2020. The Governor of Morobe Province and the Morobe Provincial Government have applied to the National Court of Papua New Guinea for judicial review of the decision to grant the Environmental Permit. The judicial review application is in progress and at this stage project and permitting activities can continue. We are currently engaging with the State of Papua New Guinea, in conjunction with our joint venture partner Harmony Gold, to progress permitting of the Wafi-Golpu Project and have commenced discussions with the State in relation to the Special Mining Lease.

During the year we invested $115 million on exploration activities as we look to grow our company organically through greenfield and brownfield exploration.

At Red Chris, we discovered East Ridge which is an exciting new zone of higher grade mineralisation located outside of Newcrest’s initial Mineral Resource estimate and at Havieron we have an extensive growth drilling program focused on potential resource expansion across several key targets.

We recently announced that Peter Hay intends to retire as a Director and Chairman of the Newcrest Board, effective immediately after our Annual General Meeting on 10 November 2021. On behalf of all of us at Newcrest I would like to thank Peter for his strong leadership and contribution to Newcrest and wish him every success for the future.

The past year has provided challenges, significant progress and many achievements and I thank everybody at Newcrest for their resilience and dedicated contribution to making this possible.

I also extend my thanks to our shareholders, suppliers, customers and local communities for their continued support.

Newcrest is well positioned for the new financial year, with a strong balance sheet, an exciting pipeline of organic growth options and a well‑articulated roadmap to Forging an even stronger Newcrest.

I look forward to sharing the story that lies ahead of us and working together to achieve it.